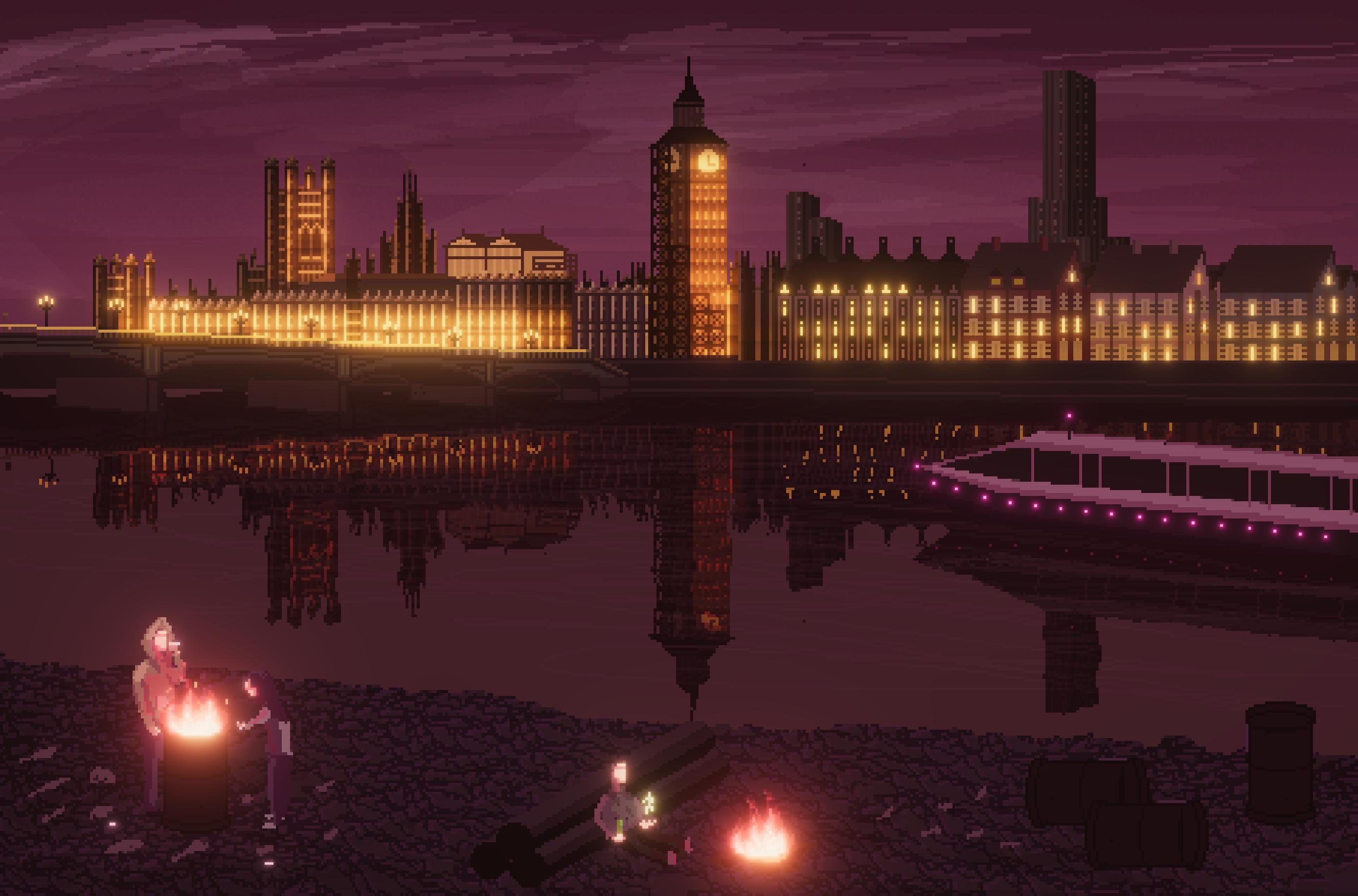 Up until the beginning of this year I spent almost every waking hour in a state of hyper-vigilance. Day-by-day drilling every nugget of Linux, InfoSec, and programming knowledge into my head, hoping to escape poverty and elevate my career like my life depended on it. At that point, it felt like it did.

Fast-forward to now. The world is enduring a global pandemic, the US population is more divided than ever, the populations of big cities are dropping at an alarming rate, and I'm…considerably more stable than I've been in a long time, maybe ever. I'm working again (a phrase many people lack the privilege to say), earned my RHCSA, and have happily exchanged sleeping on someone else's couch for a bed that's mine and mine alone. It makes me wonder why, with all things considered, I still tend to feel like I'm trapped in purgatory.

I can honestly say I harbored hopes, expectations even, that relinquishing any semblance of a personal life to the craft would land me a gig beyond an entry-level Help Desk position where I could really thrive. Well, imagine my surprise when after a few months of ruminating over my fifth year as an entry-level help desk employee, while enduring a nationwide socio-political health crisis and an unprecedented level of personal isolation, I'd be forced to peer into the mirror and check my own hubris. Even this website was created as a medium to flex, and now as I review the inaccuracies of my past entries, the reality of how little I actually know really sets in.

Entitlement is a funny thing, really. It's a characteristic that I've been able to easily identify in others, without taking a breath of self-awareness to recognize within myself. The turning point was definitely after the RHCSA exam. In retrospect, it was naive to expect a single exam to instantly fork new possibilities in my life, and sitting alone in the chaotic void that followed felt like being marooned on a makeshift raft floating in a sea of futility.

“My formula for greatness in a human being is amor fati: that one wants nothing to be different, not forward, not backward, not in all eternity. Not merely bear what is necessary, still less conceal it - all idealism is mendaciousness in the face of what is necessary - but love it.”

I'm not trying to flex, I swear.

Until recently, reading that line made me wish Friedrich Nietzsche was alive today…so I could sock him square in the face. There's a fundamental part of me that feels like cherishing an undesirable life situation is akin to embracing some kind of cosmic Stockholm's Syndrome. Now…I think I understand a bit more of how taking stock of my life just as it is and putting more weight on what is in my presence, as well as in my present, rather than the objects, titles, and accomplishments I “need” can elevate me as an individual. Better yet, treasuring the negative space itself, as it serves to increase my appreciation for the positive.

The crux of it all has hinged on how I've inadvertently defined wealth, and up to this point it's been intelligence above all. Now, I'm not so sure. I don't even think wealth is a value that can be externally quantified. After hammering myself with circling thoughts of inadequacy while comparing my amateur github projects against the library of some ‘1-million-X’ developer's profile, or the staggering pedigree of a 20-something computer science grad as a 30-something college dropout, I realized that even if I'd achieved all those things, it'd change nothing. I'd figure out how to distill away all the positives and focus on the empty space.

I think being of wealth is based on one's individual perspective, and not on assets that can be given or earned. Whether I adopt that perspective is by choice, and no amount of titles, accolades, self-affirming mantras, or achievements will include it as a feature. It's in those pernicious moments where I find myself staring down into the gaping chasms of my life, asking myself, “Where did I go so wrong..” where I choose. Hell, maybe that choice exists in every moment. Both the good and the bad are at least moments to be, with the alternative being nothing at all.

Granted, I could be wrong.

I haven't had to really put it to test by having my entire family wiped out by a militia with a belief system just different enough from mine to validate murder, or being exiled from my home and forced to walk across a series of hostile foreign nations seeking asylum in another country, only to be turned away at the gates because I chose to follow the rules and not sneak through the back door. In that way, even being a black man in America, I can say I'm fortunate.

At the core of my fascination with anything sporting blinking lights that goes ‘beep’ is my love to tinker. Just grabbing something weird, figuring out how it works, and doing something cool with it. I've just about completely absolved myself of the desire to chase the InfoSec career carrot, and as long as I can take care of myself, my animals, and continue to learn cool stuff then I count that as a win.

From here on out, a lot of HardenedBSD and Gentoo experiments are on the menu, less as an attempt at getting frontpage on r/unixporn, and more to cultivate an intimate knowledge of the systems I love. I think being able to use a system that I compiled, and maybe wrote a few lines of, as my daily driver is the coolest thing of all time…when it doesn't break. I won't front though, I still put in my fair share of time lurking on r/unixporn and think a Suckless rice writeup for Gentoo and FreeBSD/HardenedBSD is in order. I also have this PS2 that I've ‘jailbroken’ and been dabbling in getting Linux or *BSD running on. That'll be an interesting writeup…

I'm fairly certain this site won't be much of a ‘professional’ blog moving foward, though I'm sure it was half-past impossible for anyone to take the dystopian-future, pixel art theming seriously. I doubt the five people who accidentally stumble over it will mind. Plus, it's far more fufilling to just run as a platform for creative expression while in indefinite, self-imposed exile from social media.

Past that, anything else the future may or may not hold is just icing.